Raw designed and produced plywood-clad radios used as promotional items for ICR, a pirate radio station in Joburg central. At a recent ICR event in Melville these sweet little radios were all the rage as fans clamoured to get their paws on the object. Marketing brainchild of Joao Orecchia, one of the founding members of ICR, the radios were conceived to promote ICR and their mission:

“ICR or Invisible Cities Pirate Radio is an alternative to mainstream radio in Johannesburg. It is a place for artists and experiments. A place to talk about our city”

“At once super-local and super-international, ICR reaches all of the Johannesburg city centre, Newtown and Braamfontein via the airwaves on 102.2 fm, and the rest of the world via live stream.” 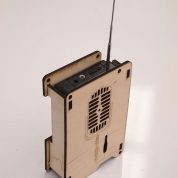 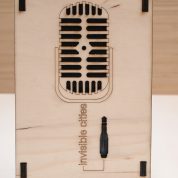 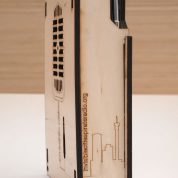 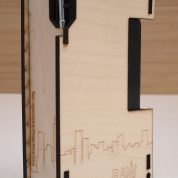